Before you can start filming with your smartphone, you need the appropriate apps and gear. For faculty and staff, cost and usability are both concerns, so here are some suggestions for apps and simple equipment to use for video and audio recording.

For iPhones and iPads

VocaLive FREE– free to download and use with an iRig Mic Lav
https://itunes.apple.com/ca/app/vocalive-free/id419846636?mt=8 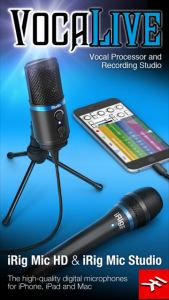 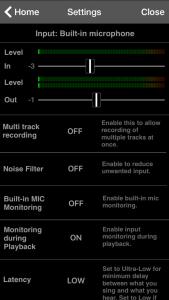 iRig Mic Lav (wired lavaliere/lapel microphone)
Use the iRig Mic Lav with VocaLive for both audio and video recordings on iOS devices, which it was developed for.  See procedures below.
http://www.ikmultimedia.com/products/irigmiclav/

Cinema FV-5 Lite– free to download from Google Play
Use this app instead of the onboard camera app.  Cinema FV-5 Lite gives you access to control the exposure, ISO and other functions, as well as being one of the only free apps to recognize external mics, such as the Rode Smartlav+
https://play.google.com/store/apps/details?id=com.flavionet.android.cinema.lite&hl=en

Rode smartLav+ Lavalier Microphone for Smartphones and Tablets
The smartly + can be used on either iOS or Android devices and captures really good audio.
https://www.amazon.ca/Rode-smartLav-Lavalier-Microphone-Smartphones/dp/B00EO4A7L0

Sound is extremely important for filming, and for smartphone videos, it can mean the difference between someone watching your video or turning it off.  Using an external mic is always recommended, but the built-in mic can also get decent audio if used properly.

Recording Good Audio on a Smartphone Using the Built-In Mic

If you do not have access to external smartphone mics to attach, then you have to shoot more conservatively to get effective sound quality.  The built-in microphones on your phone are omni-directional, meaning that they pick up sound from all directions: infront of the camera, the sides and behind.  This means sounds can be picked up more easily from background noise and from the camera operator (note: don’t chew gum while filming as the mic can pick that up).

So, in order to work with the limitations of a smartphone’s audio, it’s recommended to stay only 2-5 feet away from the subject.  You don’t want to go too close as a phone tends to shoot with a wide-angle lens, so the closer you get (a foot or less), the most distorted the subject will become.  Filming 2-5 feet away will give you the distance you need for both the lens and the audio, and it will allow you to frame your subject in a closeup (face), a medium shot (hip or belt-level to the top of the head) or a loose closeup/tight medium (sternum to the top of the head).

Lavaliere mics (also called lapel mics as they are small, discreet mics that clip onto your lapel or shirt) tend to directional, meaning that pick up sound mainly from one direction (upwards to your mouth) and thus it is more focused on the voice.

Lavaliere Mics For iPhones and iPads

Holding a Smartphone for Filming

Shoot in landscape/widescreen rather than portrait or vertical when shooting on a smartphone.  Holding the phone vertically feels more natural, but it can look amateurish and, well, like it’s filmed on a smartphone.  It creates a video with large black areas on either side when editing the video.  Widescreen shots make it have the same sort of basic look as a tv show or movie, which is more of the standard format.

Keep your smartphone steady about a foot from your body if filming handheld.  Handheld can be tricky, as the one filming can get shaky arms from holding the smartphone for too long.  Using both hands can help keep it steady.  Make sure not to cover the camera with your fingers.

Small tripods for smartphones include the Manfrotto MTPIXI-B PIXI Mini Tripod and the Joby JM3-01WW GripTight Stand, which has articulated legs that can even wrap around a pole or tree or merely adjust to uneven terrain.  If you have a tripod, there’s the Shoulderpod S1 Professional Smartphone Rig, which allows for your smartphone to attach right to the top of the tripod.

Always keep in mind that your smartphone camera is also your microphone.  Moving it further away will affect the audio quality of the shot.

So now you have the iPhone in the tripod mount and your video and audio settings are set.

Place your subject to the right side of the frame, using the Rule of Thirds (see Pre-Production).  In the Camera app, use the grid in Photo to get an approximate placement, then switch  to Video (the Grid is not available for Video, so use it to approximate your framing of the subject).

Ideally, you can use basic 3-point lighting – the Key (main light), Fill (complementary side of the Key at half the brightness) and the Backlight (shining behind at the subject at their head and shoulders to outline them with light and separate them from the background with a half effect).  Adjust the lights so that one side of the face is well lit, while the other side has some shadowing. Placing the light more dead centre with an even ratio towards the subject will give more even or “flat” lighting, which is more typical of news or talk shows.

However, if you’re shooting with a smartphone, it’s more likely that you’re going to be using ambient lighting: the sun, indoor lights, florescents and lamps.

When shooting with only sunlight, beware as it can easily overexpose your image.

Once the light is in place, you need to set your focus and exposure as they can automatically change, which you do not want in a controlled shoot.

Go back to the Camera app. 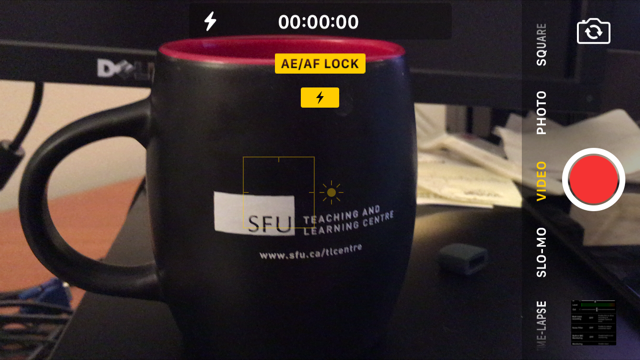 You can now start recording.

Recording on an Additional iPhone

If you can’t get close enough to your subject without wrecking your shot, then you may want to use a second iPhone to record your sound.  The second phone can be placed immediately beside the subject, but make sure that it is not in your shot. Examples of placement include beside the subject with the body covering it from being in the shot, in the breast pocket with the microphone pointed upwards (so upside-down), or on a stand slightly out of frame.

Audio (On a Zoom Audio Recorder)

An external audio recorder, such as the Zoom H4N, can greatly improve your audio quality when used with a good shotgun mic or lav mics.  People will forgive poor shots or framing, but they will tune out or stop watching a video it if they can’t hear it.  However, there is an extra layer of work involved as the audio on the Zoom is recorded independently of the camera, and will thus have to be synced up later in post-production.

Lavaliere Mics: Lav mics or lapel mics are clasped onto a subject’s jacket edge, tie, or lapel.  These small mics are most common in interviews.  They are generally placed a couple of inches up from the bottom of the sternum, in between your top and second button.

Test your audio.  Lav mics can suffer from radio or cellular interference, or even from certain buildings.  Interference can be introduced in the form of static, although sometimes it’s a simple as a connector not plugged in fully.  Make sure your levels are not “peaking” which means it’ll be distorted.

Recording the audio.  When you’re recording, make sure that the audio is audible, that you can clearly hear everyone who speaks.  Aim for a gain or volume of between -6 to -12 db.