Well, it does quite have the same ring to it as “Lights, Camera, Action”, but it’s a good description of the types of production that you will likely use with your smartphone.  Smartphones have democratized video production with easy and professional equipment that has simplified the filming process, much the way the wave of DSLR cameras have done in the past decade.  Although not as comprehensive as DSLRs, cell phone cameras have come a long way in the past decade as well, going from grainy, dark and small video videos to the high definition cameras with variable lenses, apps and settings that can improve your filmed image.

Cell phones have come so far that feature films have been made on them, such as Sean Baker’s 2015 film Tangerine, which was shot on an iPhone 5s using an app called FiLMiC Pro.  Baker later went on to make The Florida Project with Willem Dafoe. 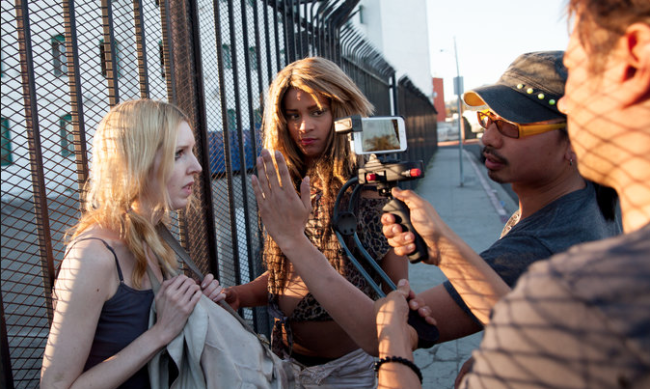 Above is a behind-the-scenes look at the indie film Tangerine.

Now, while a feature film requires professionals with other equipment and additional time and software to edit and colour grade the film, there is still plenty that can be done with cell phones for filming. So here we go!

Here’s an outline of the video session:

And in the end, we’ll have a short film masterpieces with a beginning, a middle and an end that fits into the larger transmedia story, 50 Minutes to Joy, utilizing the basic principles of filming.